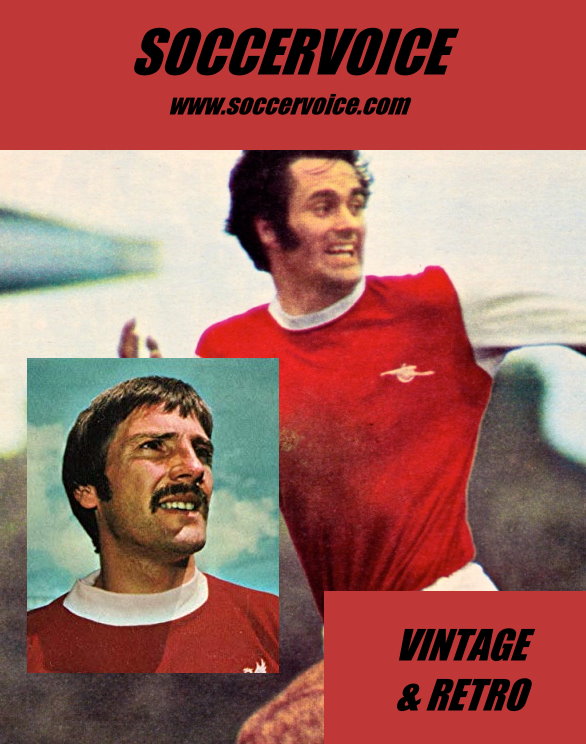 The month of November is one that settles more and more the outcome of the league as teams establish themselves more or less in the positions they are likely to end, that is now and that was then, looking a bit in the mirror for those players born in this month.

On the 1st of November you will find the name Steve Earle, for some only remembered a as a pop singer, but the Steve Earle we are talking about did play most of his career with Fulham partnering a number of the great forwards of that era, Rodney Marsh, Allan Clarke and Malcolm Macdonald. Earle later moved to Leicester City were he often was seen teaming up with Frank Worthington. Steve Earle turned 74.

Former Arsenal forward Ian Wright turned 56 on the 3rd of November. One of the greatest forwards in the game of his time scoring goals for Crystal Palace and Arsenal and also representing Celtic and Nottingham Forest among his clubs, not to forget his little stint at West Ham.

One of the greatest of his time was Johnny Giles. The former Ireland international and Leeds United midfielder turned 79 on the 6th of November. What a great player he was and how long ago it was, but with you tube you can always look up some of Johnny Giles greatest moments.

Would like to show respect to former West Ham and England manager Ron Greenwood who was born on the 11th of November. Greenwood passed away in February 2006, at the age of 84. Greenwood took England to all the finals of his time, the 1980 Euro’s and the 1982 World Cup were England went out of the tournament without losing a single game, and was just a point away from reaching the final.

Former Manchester United and England great Bryan Robson also have his birthday on the 11th, he turned 62 on the day. The years are running on and Robson was a key player in the teams of Ron Greenwood and of course during the first years with Sir Alex Ferguson at Manchester United.

On the 15th of November a former long servant at Leicester City, Graham Cross turned 76. Cross might not be the most known among the players of his decade but his loyalty to Leicester City during the 60’s and 70’s was phenomenal.

Former Man City great Joe Corrigan turned 71 on the 18th. Maybe a bit underrated, but one of the greatest goalkeepers in his era, mostly overshadowed by Peter Shilton and Ray Clemence as they were World stars.

On the 25th of November Steve Heighway turned 72. The great winger of Liverpool during the 70’s. One of those great Irish players at that time, not many of them, but Steve Heighway, Liam Brady and Johnny Giles really stood out.

Brian Little and Willie Young also celebrated their birthdays on the 25th. Little turned 66 yesterday and the former Aston Villa forward also had a few years in charge as manager at Villa Park. Willie Young as we all remember from Tottenham and Arsenal, also had his birthday yesterday turning 68.

Mick Channon celebrates his birthday on the 28th and he will be 71 when the day comes. George Graham will turn 75 on the 30th with the former Arsenal player and manager being our last one to mention this month.