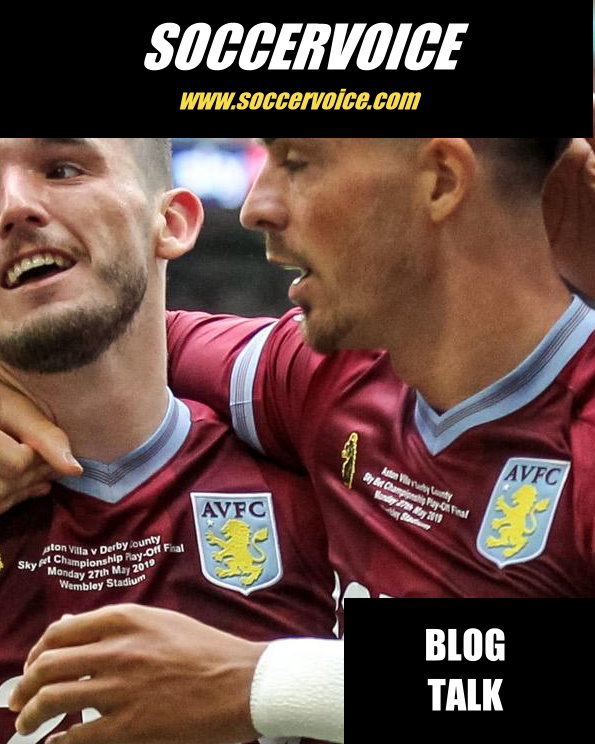 After being absent from the top flight since the relegation back in 2015/16, the claret and blue were looking more and more “grey” as the days have went by since that fantastic past at Villa Park.

Despite being under a lot of criticism in the past, Doug Ellis, chairman for a long period of time, managed to stabilize the club as a major contender to win the league and build on that victorious season back in 1980/81.

Easily forgotten but to mention it, Aston Villa, ended runners-up both in 1989/90 and 1991/92. FA Cup and EFL Cup finals achievements are close to present as Aston Villa marches on towards their new life in the Premier League.

Randy Lerner who took over from Doug Ellis and supported Martin O’Neill financially for a number of seasons made it possible to build a team that was so close to getting into the Champions League, but under MON that never happened.

Martin O’Neill left the club nine years ago and decided to take a leave as he also did when leaving Celtic behind. Since those days. nothing has really shined, despite reaching the FA Cup final in 2015. Tim Sherwood had taken charge and delivered a relatively good first season, but the heavy 4-0 defeat to Arsenal and Wembley, showed how difficult the next season would be.

The Aston Villa team that played Arsenal that day had a number of interesting players, but all in all it lacked a bit of quality, and a number of the players were probably seen as “goodbyes” in the next couple of seasons.

But names such as Joe Cole, Tom Cleverley, Christian Benteke, Shay Given, Charles N’Zogbia and Jack Grealish were all in place. Gabriel Agbonlahor and Alan Hutton also appeared on the team-sheet.

Looking back to the years of Ron Saunders and Tony Barton, when those two fantastic titles were won, 1980-81, the League and a year later The European Cup, they were not really able to build on those trophies and a long run of disappointments appeared.

Difficult to find replacements for those “playing the piano” and not being able to find those to follow after Dennis Mortimer, Peter Withe, Des Bremner and Allan Evans who had all seen ther best years before and under those trophy days.

The fact that Gordon Cowans, probably the most talent and young prospect, decided to move abroad and try his luck in the Serie A, didn’t help either. Gary Shaw another youngster in the line-up struggled heavily with different injuries and had his best years in football in his early twenties.

Aston Villa have in the past had a few drops down in the divisions and before that Ron Saunders era and also later, they have seen 2nd and even 3rd tier football being played at Villa Park. Hopefully Dean Smith and his assistent John Terry will be able to avoid relegation next season, but how can they be able to do that?

A number of the players that helped Aston Villa clinch promotion via the play-off’s were on loan and they all played a vital part. Two bright talents, Axel Tuanzebe and Tammy Abraham became vital, and they are both back at their mother clubs Manchester United and Chelsea. To replace them will be difficult.

Tyrone Mings was also a loan signing last season, but Dean Smith has managed to bring him in on a permanent deal from Bournemouth. It will of course be a key to survival that Jack Grealish and John McGinn are both part of the future and not letting those leave for heavy transfer fees, which they both can absolutely trigger.

Norwich City and Sheffield United were both in front and clinched straight promotions and to follow Fulham’s strategy last summer might not be the ideal scenario. The problems are many at Villa Park, and especially finding a new forward who can score 25 plus goals a season will be a heavy load.

Tammy Abraham will be replaced with newly signed £22million Brazilian forward Wesley Moraes. Moraes (22) has been with Belgian club Brugge since 2016 and is a unknown face for the Premier League audience.

The transfer activity this summer has been to a level of “heavy speed” as they are trying to fill the gaps from last season, but all in all it will be a very difficult job to almost refurnish your total squad.

Gary Gardner and Kortney House are two new faces joining from local rivals Birmingham City and Wolverhampton Wanderers. At their best, interesting players, but again not really any pedigree from Premier League football.

Jota is another signing worth looking at, but the former Birmingham City and Brentford player has allready turned 28 and again a risky affair, but could be turning out good as he is a clever player with a lot of footballing skill.

It early days and the pre-season is just started with a game away to Minnesota United as the first in a number of games coming up. Aston Villa defeated the MLS side 3-0, goals scored by Lansbury, Bjarnason and Grealish.

Dean Smith is a clever manager, but new to the Premier League, and he will be up for a big challenge, hopefully the signings done will keep Aston Villa on the road to a new and great period  and maybe “long time Villa fan” Smith can steer this group of players into a new life at the very highest level.